Vol.02
CULTURE
The most anticipated time of the year
SHELLFISH SEASON

The spring tide in May is the most anticipated time of the year on Ojika Island. This is when the ban for fishing shellfish is lifted and locals are allowed to pick as much as they can.

To control the natural resources in the area and avoid overfishing, shellfish such as sea urchin, turban shell and abalone, are only harvested at a certain time of the year.

Locals anticipate the ban lift, marking the days on their calendars and deciding on the place they’ll go fishing this year. All the necessary equipment too, gets prepared in advance. 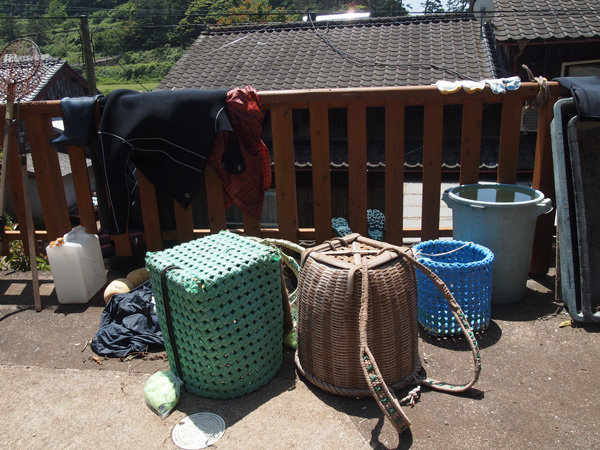 Participants even get special towels. 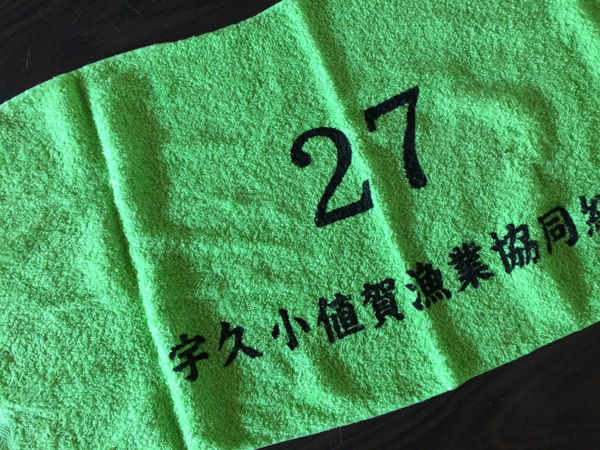 To take part in seasonal harvesting, locals need to pay a certain fee to the fishing cooperative. Once paid, they receive a towel which serves as a kind of pass. Those who haven’t completed the payment cannot collect the seashell. 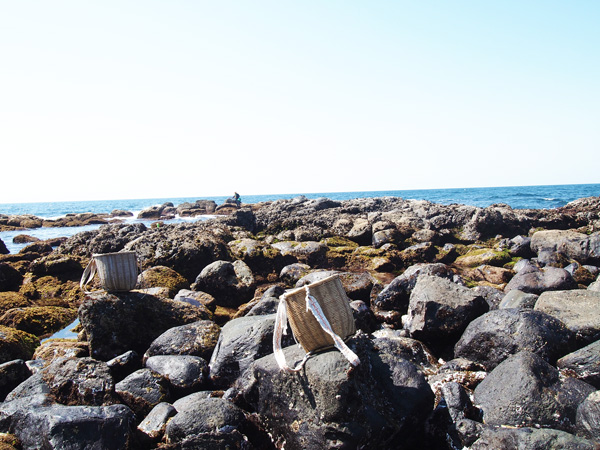 On the harvest day, the coastal rocks are dotted with baskets and locals, who are busy gathering the sea bounty.

Besides the ceremonial occasions, ISO is the only time when locals can take a day off from their job. 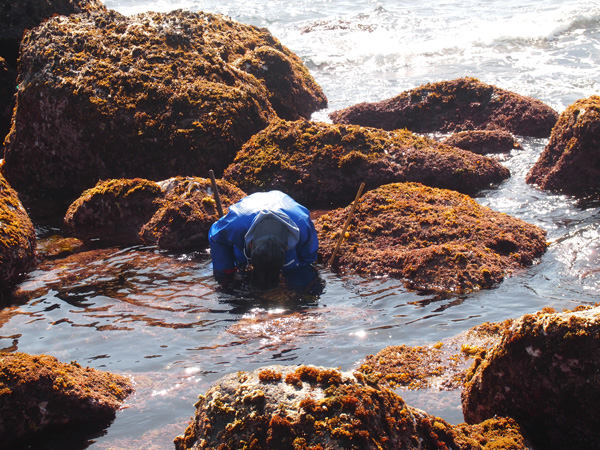 A sort of competition takes place. Nobody is talking or laughing focused on their task.

Once the seashell is found, a sneaky smile crosses their face, directed towards the sea. 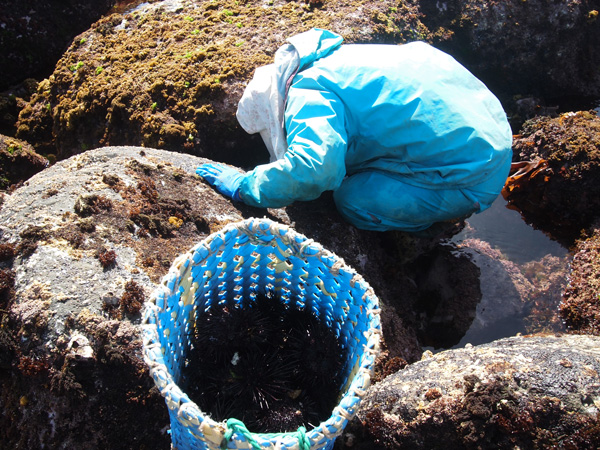 Everyone has their favorite “secret” spot.
On this day only everyone forgets about team work.
IT’S EVERY MAN FOR HIMSELF. 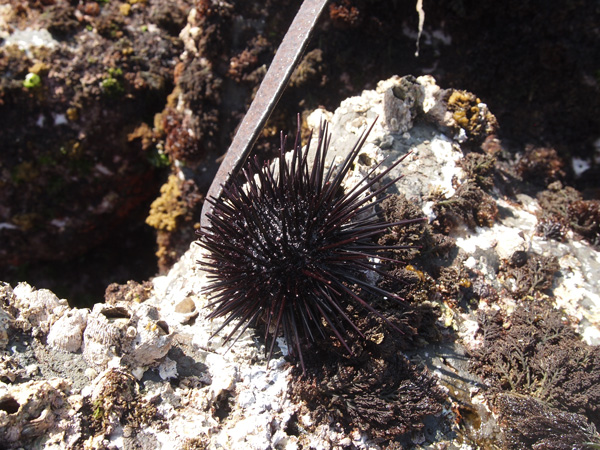 Blending in with the rock it lives on turban sell is especially hard to find.

But even it cannot escape the trained eyes of veteran gatherers. 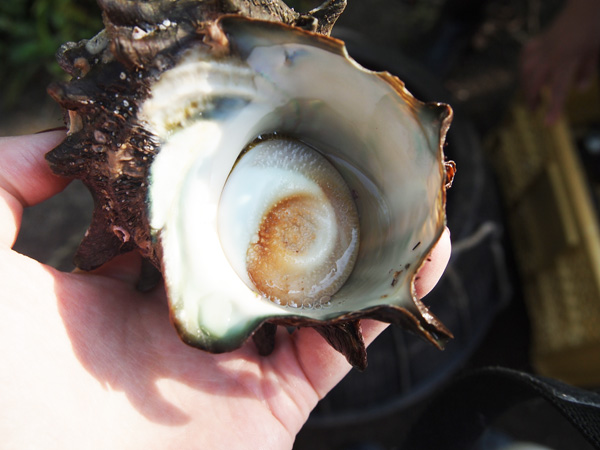 Crabs and octopuses hiding between the rocks are also a much-welcomed catch. 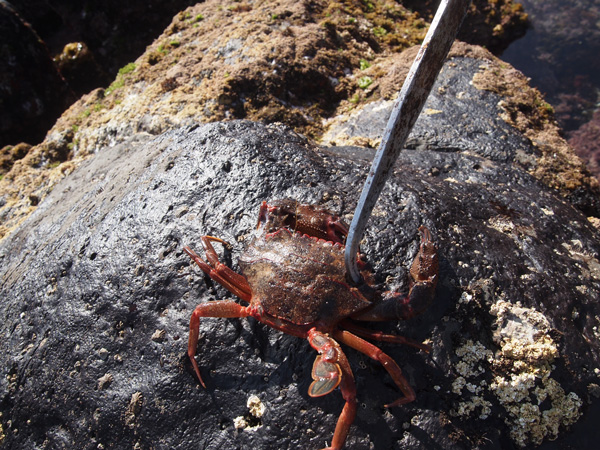 The sea is a treasure-trove of marine riches. 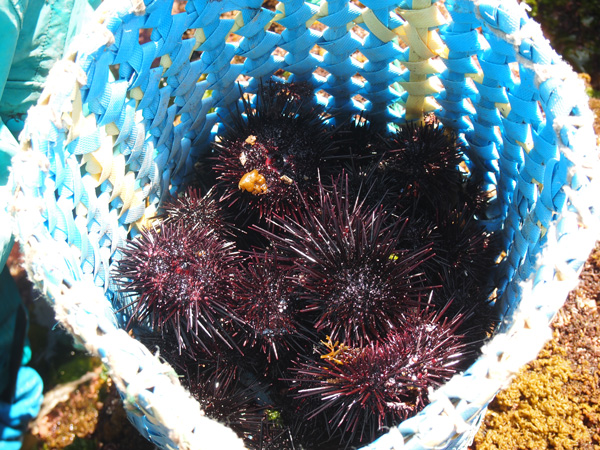 The game is over once the tide begins to rise. 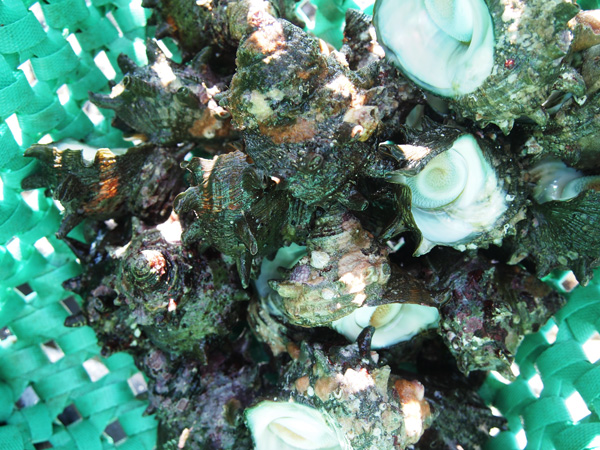 Locals know better not to mess with the sea.
So as the water begins to rise, everybody heads back to shore. 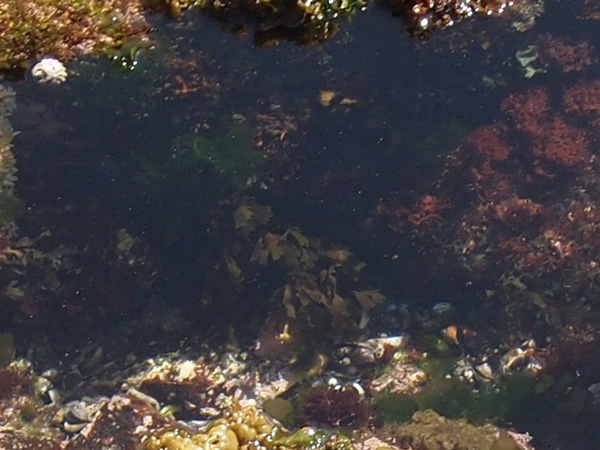 Now that the fun part has finished, the heavy labor begins.

For sea urchin, you need to break the prickly shell using the special kind of scissors to get to the tender insides called UNI. 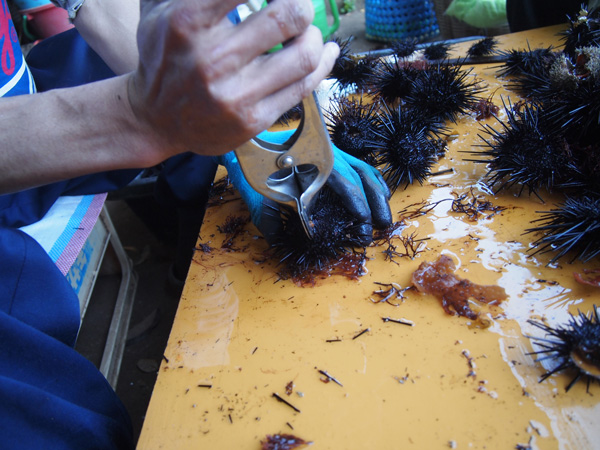 You need to be careful when separating the soft UNI from its shell. 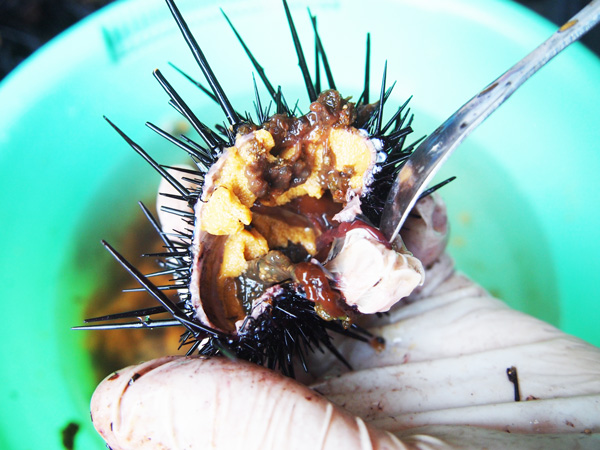 UNI is then washed in the seawater (it will dissolve in the regular water).

This family passes its UNI through several water containers, making sure it’s washed clean. The remaining unwanted bits are carefully removed with chopsticks. 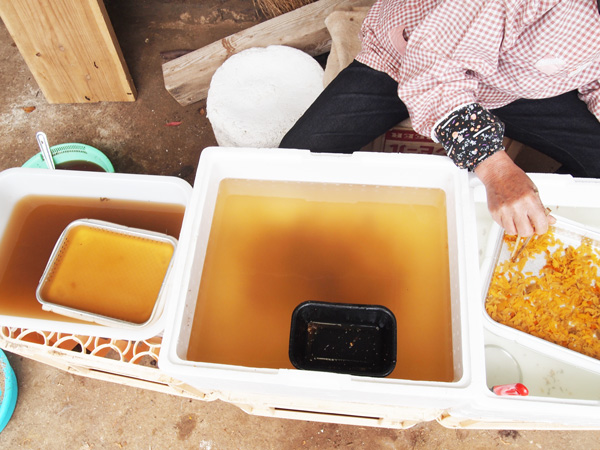 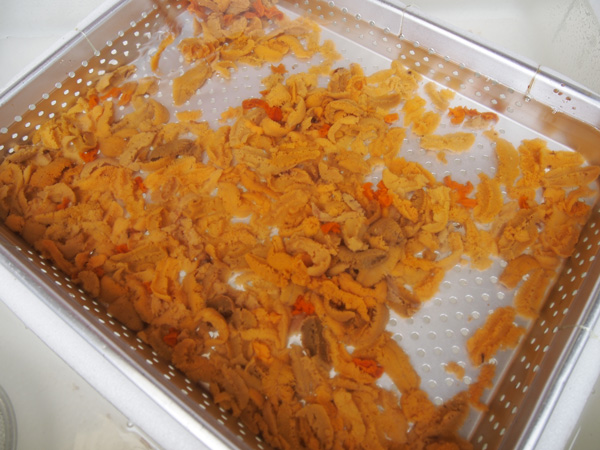 With so much time and effort required,
No wonder UNI is priced so high…

Locals sell a part of their final product to local stores, while another part gets sent to their family and friends outside the island. 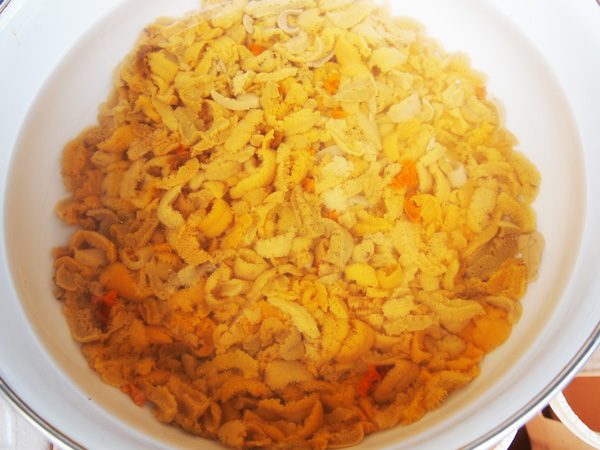 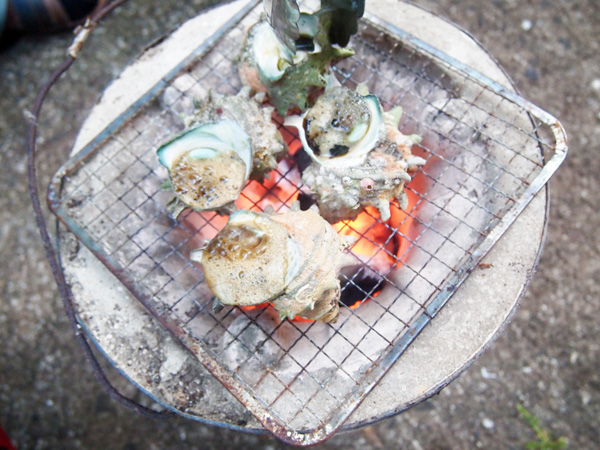 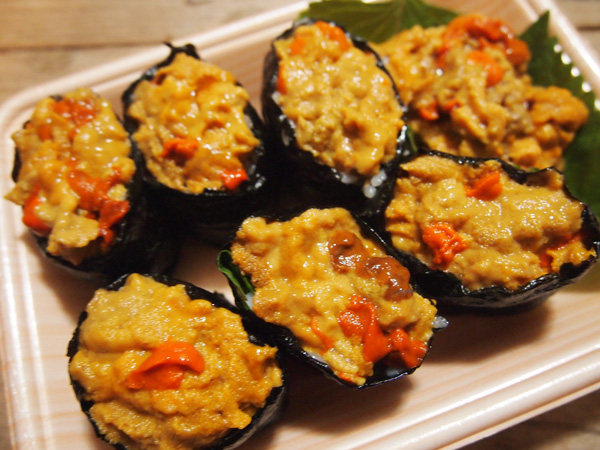