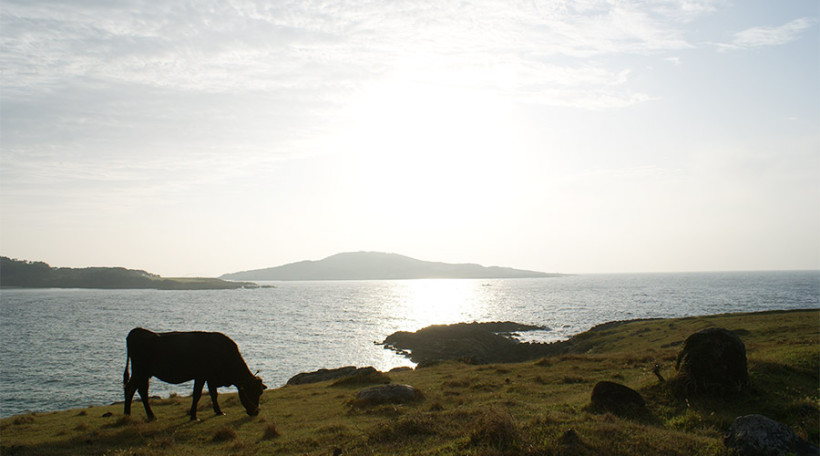 The Name
According to the ancient records of Hizen Province (modern-day Nagasaki and Saga): when Emperor Keikō visited Shijiki Islands (modern-day Hirado City), he looked at the sea in the West, noting that the islands there appear closer than they are. The word for close in Japanese is 近い (chikai) and the word for island is 島 (shima), and since then the islands were referred to as Chikashima. The islands in front (modern-day Ojika islands) were named Ochika, while the islands further back (modern-day Nakadoori Island and the islands further south) were named Oojika. In Kojiki: the oldest existing record of Japanese history, the modern-day Gotō Islands are referred to as Chikanoshima. 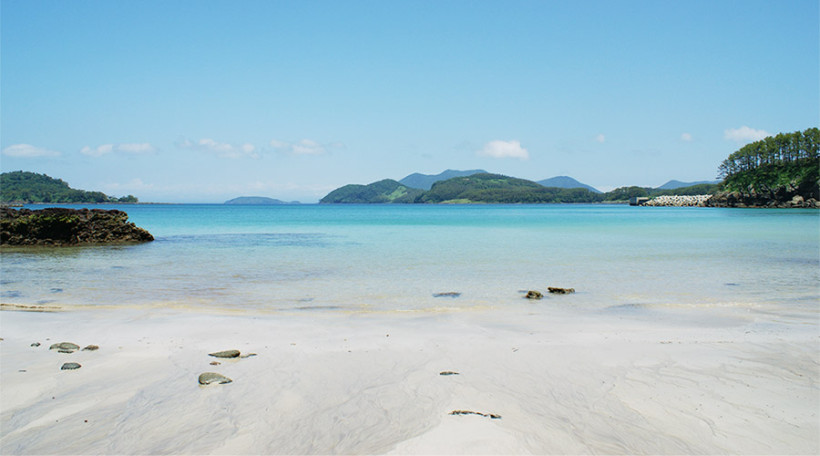 The Land
Hundreds of thousands of years ago several submarine volcanos erupted, their lava slowly merging to form the seventeen islands of the present-day Ojika town. These islands can be viewed from various observation points on Ojika Island.

Islands of Ojika have a flat terrain that is suitable for farming as well as shallow sea waters that have plenty of fish, unlike the neighboring Goto Islands that were formed by tectonic uplift and are mostly mountainous surrounded by deep-sea waters. Judging from the remains found on Ojika Island, humans were inhabiting it as far back as 25,000 years ago in the Paleolithic era. 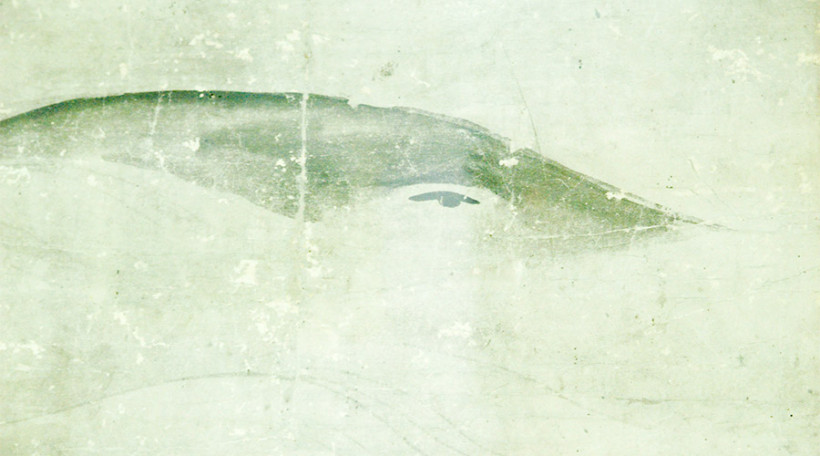 The Sea
Ojika owes its wealth of history and culture to the sea that surrounds it. Because of its geographical position, Ojika has long been a center of trade and activity among the Goto islands. In 839 the Imperial Japanese court organized diplomatic missions called Kentō-shi to Tang Dynasty of China. Their route lied through the sea on the east side of Ojika Island, with Maegata Bay serving as a port of transit. As a result, Ojika’s economy and culture have flourished. Several anchor stones and numerous Chinese relics were found just off the coast of Ojika. Around the year 1600, whaling became a major industry, further boosting the island’s economy. The whale graves and monuments, as well as memorials for whale hunters who perished in the sea back in the day, can still be found on the island.