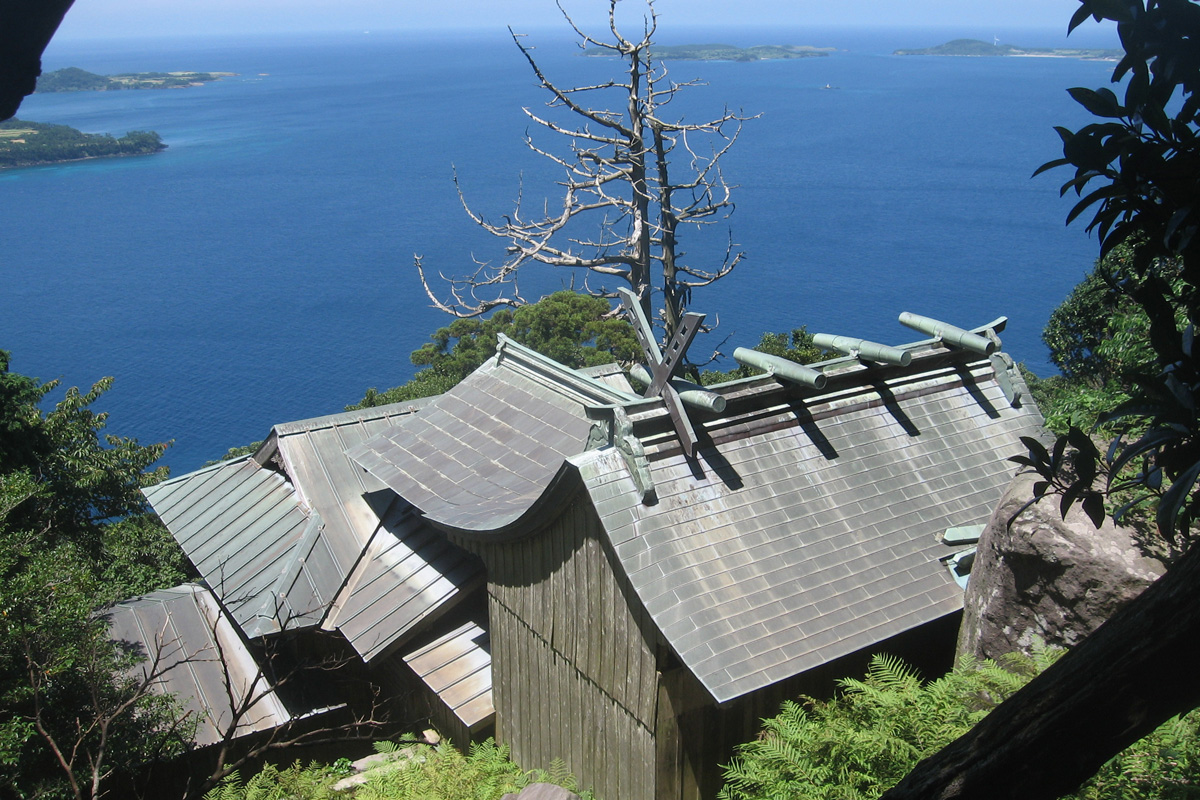 An ancient shrine looking over the sea
Nozaki
OKINO-KOJIMA SHRINE
ABOUT
After a long hike in the deep forest dotted with megalithic mossy stones, you will come out to the ancient shrine and Oe-Ishi, the giant rock formation behind it. Okino-Kojima shrine (the Sea Kojima shrine) was built so it would face its twin shrine in Ojika Island, Chino-Kojima (the Land Kojima shrine), in 704 A.D. The priest, who was in charge of the shrine was the last person to leave Nozaki Island in 2001.

*The trail to Okino-Kojima shrine can be tough with unstable rocks, dense vegetation, and few signboards. There are also possible encounters with wild boar. To avoid accidents, please do not attempt going to the shrine without a guide. Thank you for your cooperation.
MEMO
《OE-IISHI TREKKING (October-June)
》
INFO
MAP